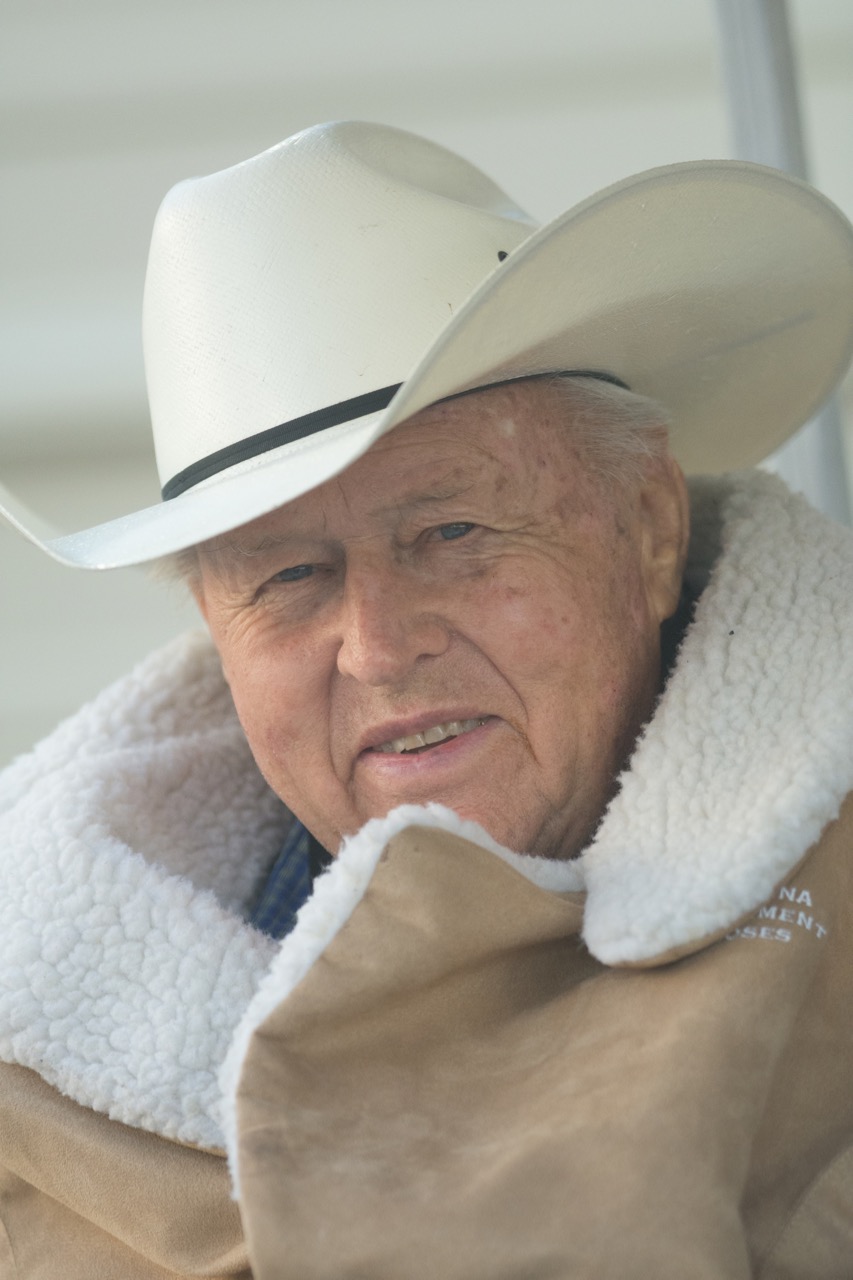 by Mike Bodine of The Sheet News

Robert Campbell “Bob” Tanner is best known for being a packer and a founder of one of the most popular events in the Eastern Sierra, Mule Days. But Bob was also an educator, an athlete and businessman. He owned and managed Reds Meadow Pack Station, helped build the Trails and Silver Bear in Mammoth, and took the Bishop High School football team to a state championship in 1958. Bob passed away at his Bishop home on December 3, 2015. He was 86.

He was a person people trusted. He was an idea guy, but with big ideas; he saw the whole picture. More importantly, he had the vision to see things through; the gumption to get the job done. Maybe that’s why people trusted him. Bob was an agent for Stacey Bardfield, owner of Mammoth Sierra Properties. She said Bob earned people’s trust and it would remain for decades.

“It was amazing how successful he was,” she said. “He would come in with a name and address on a napkin, then it became be a matchbook cover,” she said. A word and a handshake got the job done.

Friend, neighbor and fellow packer Craig London said, “He was the type of person you could ask for a favor and he would do it—you wouldn’t have to worry about it. He was a very kind person and he took time with every person he met, from folks with no money to politicians [like Ronald Reagan].”

London said Bob was first and foremost a packer, but he was a lifelong educator. He taught at Bishop Union High School and coached football and track. He and head coach Ike Schoitz took the Broncos to the CIF championships in 1958. He later served as vice-principal at Bishop Elementary. Bob was the first local to offer packing classes. He also helped start the school ski programs with Dave and Roma McCoy. Mono County Supervisor Tim Alpers credited Bob as a coach that made him a better basketball player and drove Alper’s lifelong love of the game.

Many people first met Bob as students and some former students became partners in crime. Dr. Carl Lind met Bob as his fifth grade math teacher, nearly 60 years ago. Bob asked Lind to help out with Mule Days in 1974 with the event gaining traction but still small. “The next thing I know, I’m the board chairman,” Lind said. “Bob is hard to say no to.”

It’s hard to separate Bob from Mule Days. He is credited for creating many of the Days’ packing and scrambling events and was a lifelong board member of the Mule Days Committee. The Mule Museum was his brainchild and a project he was still helping to get off the ground. Donations are still being accepted for that facility.

Bob used to vacation at Reds Meadow with his family as a child. He served as a Lieutenant in the Navy during the Korean Conflict. After his stint in the military, he came back to the Eastern Sierra and worked for the Forest Service, then as a packer for McGee Creek and Reds Meadow. He helped build the Mono Pass Trail out of Little Lakes Valley in the 1940s. The packing job started his lifelong love of mules. He and his wife Jean would buy Reds Meadow Pack Station in 1960.

Bob was a regular in the Pasadena Rose Parade and helped get the Borax 20-Mule Team back together and started its new found popularity. Bob’s son Bobby is the only person that can handle the reins of the massive train and the team’s dance card is full with invitations to parades and events.

More than anything, Bob was a friend, to mules, to men and to the community.

“I’ve lost a good friend that I will never be able to replace,” Sam Dean, Bishop legend, and former Tri-County Fairgrounds board member said, “and the community has lost a great supporter.”

Bob is survived by daughter and son in-law Suzanne and Harvey Bertrand and granddaughter Maria, son and daughter in-law Bobby and Claudia Tanner and grandson Bo. He is also survived by brother William and wife Barbara and family, niece Nancy Berns and family, and former wife Jean Tanner.

There will be a Celebration of Life service for Bob in the Spring of 2016.