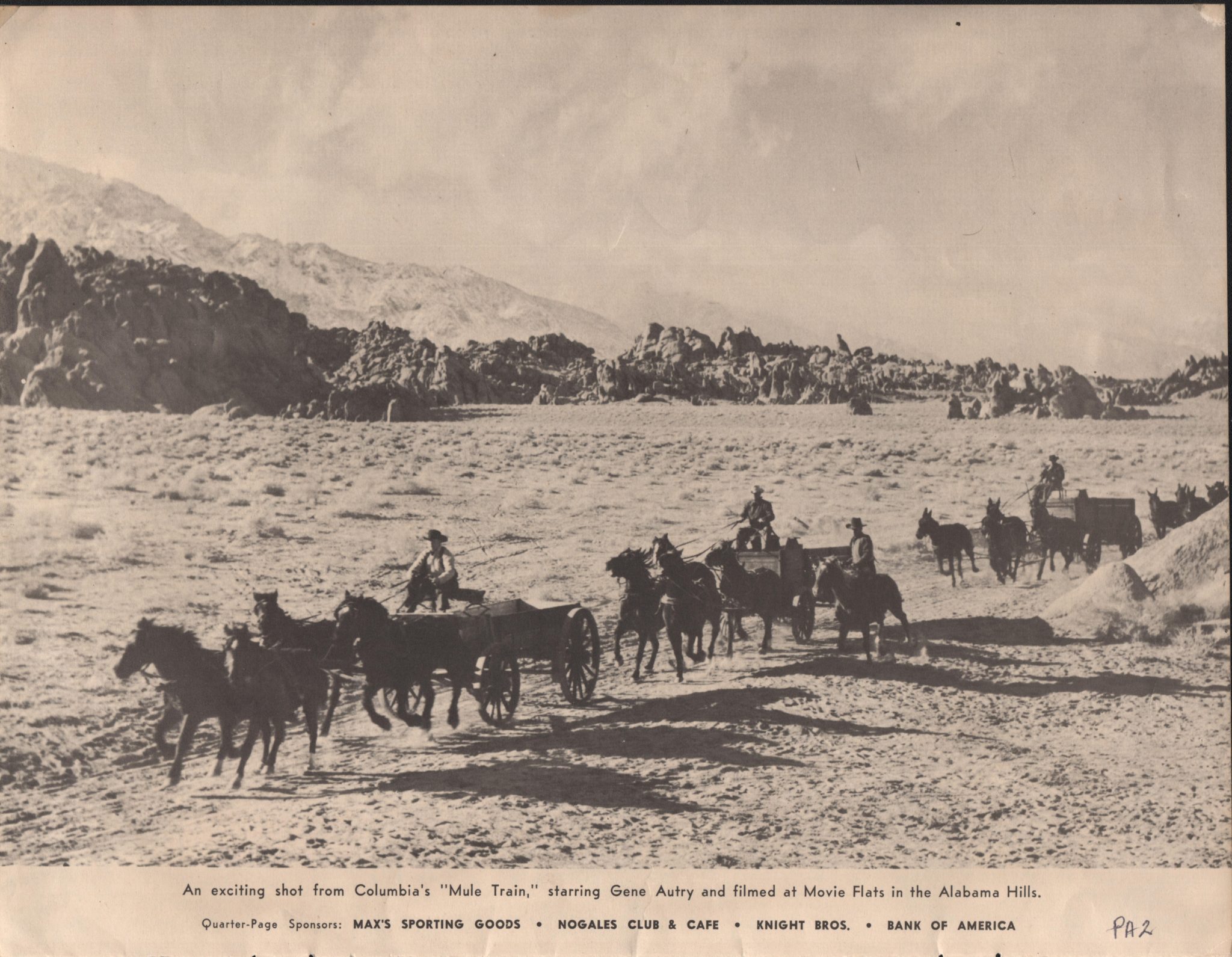 Mule Shows have begun, RV’s are streaming in, entertainers and vendors are setting up and the festivities are underway. Join us for the most spectacular Mule Show on earth!

To help get in the swing, here are a few fun stories to get you in the spirit of Mules 2017 theme: “Mules In Hollywood”. Enjoy!

The movie “Mule Train” starring Gene Autry and Pat Buttram was released by Columbia Studios in 1950. The film’s title comes from a song written by Fred Glickman, Buz Butler, Jr., Hy Heath and Johnny Lange. Though many versions were recorded in was the Frankie Laine recording released in 1949 that became the most popular. It lasted 13 weeks on the Billboard magazine chart and peaked at number one for six weeks. The song was also nominated for Best Song at the 1951 Academy Awards!

Columbia rushed this movie into production to take advantage of the popularity of the hit song. But of course in Mule Train, it is Gene Autry who sings the title song while cracking a whip as he rides along. Pat Buttram as “Smokey” drives behind Gene with a freight wagon of supplies pulled by mules. Gene plays a US Marshall in this film that must defend a natural cement mine from being stolen from its owners! Other treats for the eye are Gene riding Champion bareback and a female Sheriff played by Shelia Ryan. The best part is the clippety clop of the song and the scenic back drop of the Alabama Hills! Yes, this movie was filmed right here in Inyo County!

For a preview of the 2017 Mule Days Magazine, complete with show schedule, dignitary stories and fun “mule-stars” check out this link: https://muledays.org/product/collectors-magazine/