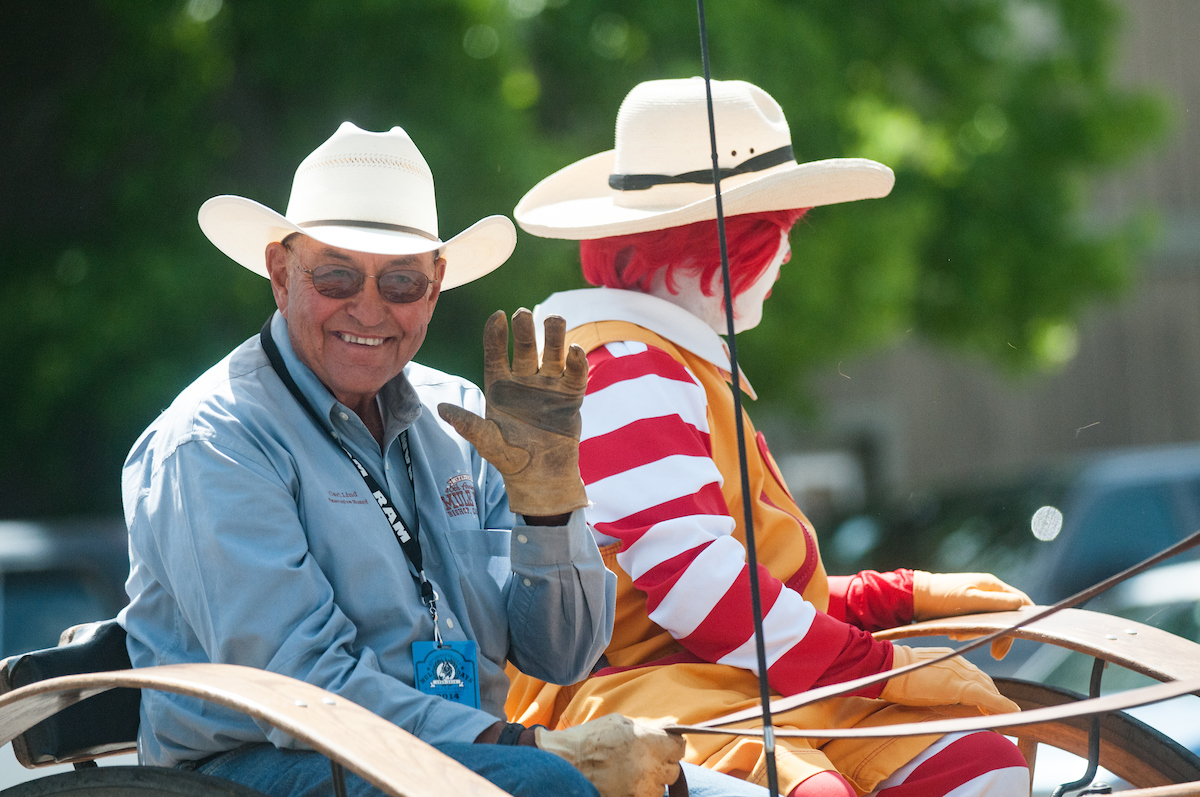 By Kristina Blüm
The Inyo Register

Carl W. Lind, known for his community service as a veterinarian in Bishop, passed away at his home on February 12, 2017.

“He was a tremendous servant to the community with all of his activities,” Thomas Talbot, a Bishop veterinarian said. “When he decided to do something, he did it 100 percent and he gave it everything he had.”

Lind passed away after battling amyotrophic lateral sclerosis. Per his request, there will be no services.

“He was always available for our kids with their animals,” said Callie Peek, program representative for 4-H. “He played a pivotal role in making sure all the kids at the Junior Livestock Show sold their animals at a profit so that they wouldn’t lose money on them. Carl was a real friend of 4-H and we’re sure going to miss him.”

Every year, Lind organized the buyers for the animals in order to make sure that every animal sold, Peek said.

Lind was very pro-education, she said. When he helped students with their animals, he would carefully explain to them what he was doing and why, as well as how the students could prevent a problem from reoccurring.

Lind was an instrumental part of the growth of Mule Days, serving on the event’s board of directors. Mule Days board member Jen Roeser said he brought a unique perspective to the event planning process because he actually competed in Mule Days. He shared this perspective with the board, helping to make the event as fun to compete in as it is to watch.

“Carl was the one who had the vision to grow the Mule Days show to the event it has become,” Roeser said. “He saw something bigger than most committee members and dove in to make it happen.”

As a friend, Lind had a gruff side but always was quick to offer words of encouragement, Roeser said.

“That was Carl; committed, hardworking, encouraging and visionary,” Roeser said.

Talbot, who worked with Lind for nearly 40 years at Bishop Veterinary Hospital, said Lind was dedicated to his work, traveling throughout the region and visiting Tonopah every other Wednesday for 35 years to take care of his central Nevada animal patients.

“I’m very appreciative of all his efforts,” Talbot said. “He worked very hard professionally, but he was also extremely dedicated to his community.”

Lind was a 1959 graduate of Bishop Union High School. After completing veterinary school at University of California Davis, he returned to Bishop to begin his practice in the late 1960s. Talbot became his partner in 1978.

Lind, who was born on Nov. 11, 1942, is survived by his wife, Carol, his sons Mark and Steve, and by his stepchildren Cindy De La Mora, David Glow and Rich Engel. Lind also has nine grandchildren.

“Carl was a powerful character with strong opinions, but at the same time, his heart and devotion were to the community,” Engel said.

Carl and Carol took Engel under their wings when Engel’s father died. At the time, Lind was Engel’s 4-H leader. Engel said the Linds treated him just like one of their own children in a relationship that has continued even now as Engel’s own children, who Carl and Carol consider their grandchildren.

Engel said Lind spent 41 years working to build and grow the Mule Days celebration, served 26 years on the school board and worked 44 years working as a veterinarian.

“He would want to be remembered as someone who was a mentor to many, not just youth but adults as well,” Engel said. “He took so many people under his wing. There are so many people that call him a mentor. He really tried to have a positive impact on people’s lives.”

Lind’s legacy of investing in youth will continue. Engel said Lind’s fraternity brothers from U.C. Davis already are talking about ways to continue Lind’s work, as well as individuals in Eastern Sierra.

The Bishop Veterinary Hospital is accepting donations for a scholarship to be presented to a 2017 high school graduate in Lind’s memory. The scholarship will be given to a student who hopes to pursue a four-year science degree and 100 percent of donations will go to the scholarship.

Donations in Lind’s memory may be made at Bishop Veterinary Hospital, located at 1650 N. Sierra Highway in Bishop, or to ALS research at Cedars-Sinai Medical Center in Los Angeles.

Information
Protecting the health of your animals at the Bishop Mule Days Celebration is of the utmost importance to all.
RV Services